By: Chester Sanders
In: Artists

The best place to discover the most talented and notable New Orleans artists is NOLA’s renowned and beloved Arts District. The New Orleans Arts District is also known as the Warehouse District. Artists flocked there during the Seventies and this fascinating part of New Orleans is still the first choice of Big Easy artists (as well as plenty of artists from other places!).

Today, we’d like to share information about some wonderful New Orleans artists. After we do, we’ll let you know how to experience the New Orleans arts scene, up close and personal, by exploring the key attractions in the Arts District.

From its humble origins as a 19th century Industrial District, the Arts District has really blossomed. While its warehouses were once filled with goods brought to port, they now display a glorious profusion of paintings, sketches and sculptures.

If you look closely while you’re prowling Julia Street or another popular street in the NOLA Arts District, such as Camp Street or Magazine Street, you may stumble upon the work of a true New Orleans master, such as naturist John James Audubon (1785-1851) , Louisiana-born photographer Debbie Fleming Caffery (b. 1948) or ground-breaking Expressionist artist, Luis Cruz Azaceta (b. April 5th, 1942). 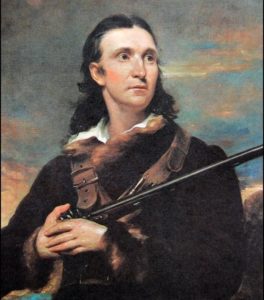 John James Audobon’s gorgeous sketches of birds were showcased in his book, Birds of America, which was published in 1838. While he’s buried in the Big Apple, at Trinity Church Cemetary, he produced some stunning work during his years in New Orleans. He loved to depict birds within their natural habitats. 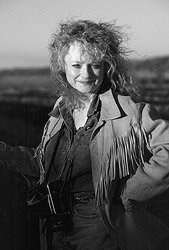 Debbie Fleming Caffery is known for capturing meaningful moments through her images. This respected photographer is NOLA-born and she’s taken wonderful pictures of the American South, as well as Mexico.

Luiz Cruz Azaceta is a painter who’s Cuban American and lives in New Orleans. He’s been exploring ethical and moral themes for decades now, through his Expressionist paintings, collages and art installations. He was awarded a prestigious Guggenheim Fellowship for Creative Arts, in America and Canada.

To get a taste of why so many people love the New Orleans Arts District, be sure to set aside at least a day to enjoy it thoroughly. We think that visiting Julia Street, which is an easy walk from the bustling French Quarter, will be a great way to get the ball rolling! Hit Arthur Roger Gallery and Jonathan Ferrara Gallery before breaking for a tasty Cajun lunch at Galliano restaurant. There are tons of galleries and eateries on Julia Street, so you’ll have choices. Also, nearby streets, including Camp and Magazine, also offer delightful galleries, shops and restaurants.

When you’ve had your fill of the exquisite galleries that the New Orleans Arts District is known for, be sure to visit the The National WWII Museum, which used to be known as the D-Day Museum. It’s right in the neighborhood and it’s the most beloved attraction in all of the Big Easy.

We hope that you’ve enjoyed this quick look at some notable New Orleans artists, as well as the New Orleans Art District.